This note is about my opinion of is it worth to order food from BA’s exclusive online menu instead of regular food in economy class.

Bullet points as key points to take away

In this blog entry, I will write about when is it worth to upgrade your meal from BA’s ” exclusive online menu”. While fantastic flight reports can be found on Youtube channels done by down to earth vloggers like:

They are doing a great job to reports from their trips.

However they almost never pre-order meals in economy class. I decided to cover this subject based on my experience with BA with the hope that they can pick up this topic as they travel much more often with a variety of carriers.

I heard many legends about how BA’s food was great in the past. These days BA’s food in World Traveller class (known as Economy class for people who don’t like creative marketing name) quite often looks like ‘budget’ street food. Don’t let me wrong. Some dishes are quite tasty, but their portion is big enough for kids on a diet not for the adult man of ‘perfect’ weight. Quite often food is .. OK’ish at best.

Truth is that BA is not one of the world’s leading airlines anymore. It is a premium ‘low cost/budget’ airlines. The economy class is getting more and more Ryanair’y. However, this is not a post about what’s wrong with BA.

If you fly with BA from Heathrow Terminal 5 and you have the urge to spoil yourself with delicious food, but you don’t have enough money for the premium economy or business class then you have a few choices.

As I enjoyed BA’s meal in economy class a few times already, so I decided to go wild and order something from BA’s exclusive online menu.

You can decide to replace the complimentary main meal we offer everyone by choosing and purchasing your in-flight meal from our exclusive online menu (…) before your flight.

BA offers a few options. Apart from mine option (Taste of Britain, there was 3 other meat option (Gourmet Dining, Taste of the Far East, Great British Breakfast ), 1 vegetarian option and 1 healthy option.

How was the food?

Normally food is served with a drink.

“This meal option is available on many flights departing from London Heathrow and includes drinks at no extra cost.”

Well… It is true but … I haven’t been offered any when my food was served (which was much earlier than others in the economy class. Stewardess brings food, said that this food looks awesome … and run away. I mean, Food comes with a small bottle of still water. Later on, I was offered a drink but 20 minutes later when everybody else was given food when I already have eaten my food and my food will taste much with red wine.

You are thinking … AHA Dominik will complain about how crap BA staff is. Well, the truth is that staff on BA flight is usually the best part of the flight (and the only thing that remind high standards) and they work hard. I think it was just oversight in this instance. What I believe is BA management fault (one of many that makes BA has so much bad press for valid reasons) where they focus is on a delivery flight with as too little flight attendants as possible without giving them enough time to put attention to details that makes the huge difference.

In summary, the food was excellent and tasty except for old bread and missing cream (although I think I must be wrong). It is a bit better version of the premium economy food.

Below you have pictures to compare meal in Gordon Ramsey plan food with BA’s ” exclusive online menu”. I will not compare them regarding taste and so on as it doesn’t have sense. It is for reference only. 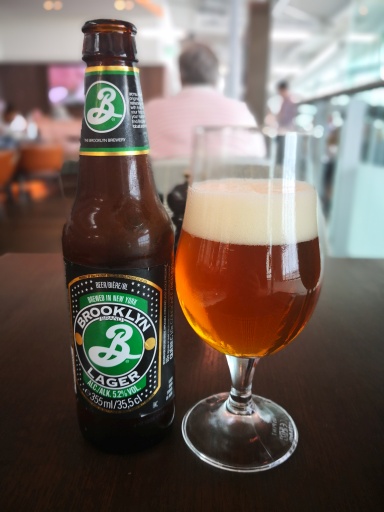 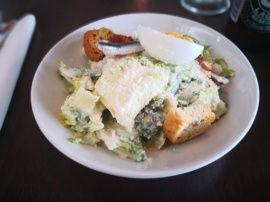 Conclusion… is it worth it spend an extra 16 pounds for this?

If you are flying from Heathrow Terminal 5. You have 2 options. If you have a great food experience, then go to Gordon Ramsey and order express menu without drinks which will cost your around 32 quids including charges or if you just want a few quid as possible to eat something nice then consider ordering from the online menu but once as you will get bored very quickly, so it is worth try once or twice.

Tweets and other noises